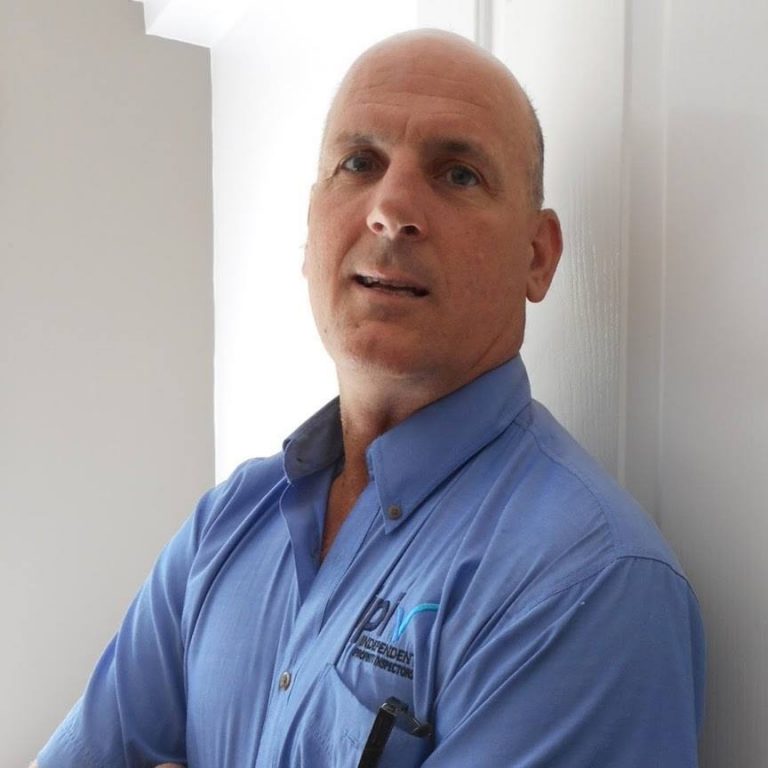 ESP Developments is a small building company based on the Southside of Brisbane. We’ve been in business in Queensland since 1991, but I was in Victoria for a few years prior to that.

The work that we mainly do is renovations, extensions, larger type projects. We also do smaller stuff, but it’s not a preference. And we do one-off custom-built homes with difficult sites and similar challenges; I like to specialise in these because I really like to plan things in a construction sense.

When you’ve been in business like we have for quite a while, it gets into your blood. It’s just what we do, and we love it.

Working To Death And Nothing To Show For It

The reason we looked at doing the APB Builders Mentoring Program was because we’d come to the realisation that we were working ourselves to death and had nothing really to show for it.
I looked at my business and thought, “If I retire after 40 years of work and building my business, what will it be worth?” And if you don’t have a business that’s saleable, it’s actually worth zero.

So, the realisation was that if we don’t change what we’re doing, we’re going to end up with a zero result. We knew that things are changing in the industry, in social media and in marketing, and if you don’t stay on top of it, you actually get left behind.

We had started looking at mentoring from business coaches and after discussions with a number of them, we could see that they know business in a broad sense but don’t focus on builders and what happens in a builder’s world.

It’s all very well to say, “Oh well, you should just get up at eight o’clock, open the office doors and the customers will come in.” It’s just not that simple.

We knew that we had to make some changes and it all started when we attended a sales conference with APB and realised that in a room full of like-minded people there were a lot of people who had the same issues as us. We thought, “Look at the old definition of insanity: doing the same thing and expecting a different result.” We realised that if we kept doing the same thing, nothing was going to change, so we jumped in with APB and it’s been great.

The Three Powerful Changes We’ve Made Since Joining

The three changes we’ve made since starting the program have been our avatar, numbers and sales process.

But now we sit down and think about the ideal client who we want to work for, who they are, what they do, where they live, what their fears are, what sort of builder they are looking for. It helped me to really focus more on our ideal client. Then I started thinking more about what sort of work I actually like doing. Nobody had asked me that before. Then I realised, “Yeah, there are a few jobs that I like; I like this type of work and I don’t really like that type of work. I still do it but it’s not the thing that bounces me out of bed in the morning.” Being able to focus on the work that I really like doing is fantastic.

I’m a practitioner; I come from the practitioner side so I can run numbers on a build – what the costs are for that build. And I can tell you at the end of a project the cost of the project to me, to within $30.

But it was only at the end of the financial year, when I’d look at my tax numbers, that I’d really get it. I’d think, “Oh, I’ve had a bad year, whoops!” Or, “I’ve had a good year. That’s great!” So, having to then start thinking about the numbers and looking at the numbers from a management perspective has just been fantastic.

We Have A Proper Process In Place Now

Sales have changed dramatically over the last 20 years from what I see. I’m not a salesperson, even though I come from a sales background. You have to think more about who your ideal client is and how you promote yourself and how you present yourself to them.

In the old days, the biggest sales and marketing decision you had to make was how big was the Yellow Pages ad that you could afford. That was it. And was the ad going to be colour or black and white? Now, you’ve got to think about your avatar, the work you want to do and how you sell to that target market, not to everybody.

Before, I found that I was always running around quoting work for people. I didn’t want to do the work and I didn’t want to work for the people because I knew they didn’t have the money to do what they wanted and I was just wasting a lot of time. Now I get to focus more on what I want to do.

We Are Working ON The Business, Rather Than IN It

I can remember back years ago, when I was in my 20s, people were saying to me, “You’ve got to work more ON your business than IN it.” And I’d think, “Well, what does that even mean?”

So we came to a realisation that we wanted to work more ON our business but we actually didn’t know what we needed to do. The program was fantastic in that it opened the door to that world.
Although initially it was overwhelming, with the help of my mentor, we worked our way through it.

We started talking and thinking about things like our avatar and then thinking about our sales processes. The beauty of it now is, three years down the track, I can go back and look at the stuff that I did at the beginning and learn more about it because now I understand more. I understand the figures in the business more, the true numbers.

From that point of view, it’s been fantastic. I still have a long way to go, but any mentoring program doesn’t have a start and end date.

Have I been held accountable? Yes, APB holds me accountable to a degree, but that’s good, because I haven’t held myself enough accountable. Even though we set targets, I do tend to slide because the practical side of the business takes over. But one of the first things my mentor said to me was, “You’ve got to really focus on your time management.” I did the time management module within the system and that did help to set a lot of those things up for me made me think, “Okay, what’s the most important thing I’ll have to do today? Now? And before lunch?” And now I can actually get those things done.

For me, the biggest thing has been being able to disqualify people with a bit more grace and finesse and to really focus on trying to find the people who I want to work with and do the jobs I want to do.
I don’t mind competing, but it’s not a race to the bottom. In my view, it’s more about understanding the dynamics of people and why they’re buying and why they aren’t buying.

We are more profitable now; we’ve had a good six months. Our previous six months was horrendous; we got hit last year by a couple of factors that were a bit beyond our control. We’re far more focused now on getting the phone to ring, getting the leads in the door and getting the qualified leads. We’re seeing now that we’re working more with people we actually want to work with, people who are a bit more closely aligned to our avatar. We’re doing the jobs that we really enjoy doing and then we’re not doing them for nothing.

Would I recommend the Builders Mentoring Program? The answer is definitely yes. And the reason is, I’ve spent nearly 30 years of my building life just trying to keep the wheel going and not really understanding what I needed to do other than working IN the business.

It’s all very well to have people say, “You should be working ON your business, you should be doing this,” but you as a practitioner, you don’t understand what that means. APB has helped me greatly to understand this more. I’m not an expert at it, but I understand that there’s a lot of the information there that I’ve got to get my head around. We’ve come a long way, an awful long way.

So, if you need support, it’s not generally there within the industry, but within the Builders Mentoring Program there’s an amazing amount of support. If you’ve got a question you don’t quite understand or you’ve got a circumstance you can’t quite deal with, (a) you’ve got a mentor you can talk to, or (b) you can talk to other builders within the group and that in itself is a revelation because that doesn’t happen in our industry.

We don’t get together and have coffees like a lot of other industries do and talk about the problems within their industries. Knowing that there are other builders who might have great resolutions to their problems just means that you’ve got more access to good information. So, you can be more professional.

Yesterday I got an awful lot out of the MasterMind activity we did. That’s the activity where we get onto the sales process. We started the Mentor MasterMind 12 months ago, but I got a lot out of that one yesterday. It was really helpful. I was probably halfway through, sitting there thinking, “When Helen gets back, we’re going to sit down and watch that video and pause it, and get it right.” I said, “Let’s start nutting this out. I reckon that’s going to add at least another 20% to our bottom line.”

We’ve been talking about different things such as trips for site visits and one of the things I was interested in yesterday was looking at that $197 for a site visit, then not making a sale. But what I found interesting was the realisation that it doesn’t hurt to go out. If a customer’s ticked most of the boxes on their checklist, I’ll say, “You know what? I’ll come out, I’ll have a look at the job, I’ll give you some feedback, I’ll give you an idea of the cost.” I’m not going to say your site visit isn’t worth it.

It made me think that there’s a number of clients I’ve worked for who have done that. They’ve ticked enough of the right boxes to make me think it’s worth going out for a site visit. It hasn’t always paid off, but I have had the odd client say, “Okay, what do we need to do to go forward?”

So, I was sitting there thinking, because I’d made the decision and the reason why I wanted to do yesterday was, because if somebody doesn’t buy that $197-dollar tripwire for a site visit, then I’m not going? However, to actually have that thought, “Well hang on a sec Tom, you’re thinking about this wrong.” That was really, really interesting.

So, I got excited. I thought, “I’m going to get Helen to sit down and we’re going to go through it on a little whiteboard. We’re going to finish what we started 12 months ago.”