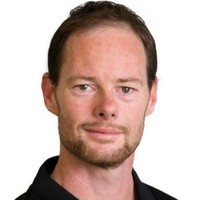 The best part of the mentoring program for me has probably been the accountability – making sure that we get really busy within our business. To be held accountable and actually step back and say, “listen, creating the business and working on the business, rather than in the business is still very, very important, and if we want to grow, it’s probably paramount.”

To me, it’s being held accountable and being able to recognise the things that we need to work on in this period, and then kicking them off and getting them done. That’s probably been the most beneficial for me.

We’re Implementing Systems That Kept Being Put Aside

One of the best things so far is implementing a particular course that we did, which is all about recruiting. I was at a stage where I was looking at taking on a couple of different people to meet the work. By following what was outlined in that module step by step, I found two people that have just been absolute assets in the business.

I Struggled To Hold Myself Accountable

My biggest challenge before joining the Mentoring Program was holding myself accountable to doing the things that were outside the actual operation of my business.

So, working on things like learning about recruiting, refining my quoting system, refining my proposal templates. A lot of those things were always there and I knew they needed to be worked on. However, I’d always find that there was something that was pressing that I needed to do before I got to that. And before I knew it, months have passed and years have passed, and I’m still operating on the same system. But now, we have a lot of those things in place now and it’s going well.

I found it very difficult to look at historical data and learn about what mistakes I’ve made in the past and then improve on them in the future. So what I found I was doing is really just going over the hamster wheel and making the same mistakes without actually finding or implementing the solution that I knew needed to be done. So right now, we’re refining.

We’ve actually followed a module that we’ve been going through in the Mentoring Program to recreate our proposals. And it just so happens that we are presenting our proposal this week.

So this will be the first time that we’ve actually followed the letter of the law as per the APB system. And we have produced a very, very professional document. Just looking at the document, I thought, “Hey, I’d build with that bloke.”

The Biggest Advantage Is The Accountability

I’ve had some challenges, mainly because of the things like time and prioritizing working within the business and actually taking the time to implement some of the things that we’ve learned.

So the biggest advantage I find, in mentoring more so than being an entry level member, is that accountability to say, “Hey, these are the things we should be doing, and this is the date that we’re gonna have them done by”. By doing that, it’s amazing how, when you’ve got a deadline, you find the time.

I know a lot of builders in my situation – meaning that I came to become a builder in what I would probably call the typical way. I finished my carpentry apprenticeship, I worked as a carpentry contractor, I got my builder’s license, I started doing smaller projects, I got my medium rise license, I started doing bigger projects and so on and so forth. Now, throughout that system, all the time we’re learning how to build projects, but we’re really not learning how to run a business.

APB Provides The Business Training Most Builders Never Get

So, a lot of my colleagues that I know are in the same boat as me in the fact that we really haven’t had any formal training when it comes to business operations. So, I’d really recommend APB. I think that they’d get a lot out of doing exactly what I’ve done and following the systems.

I mean, I am sure they’re great builders, but then all of a sudden, we’ve now got this great business system in place. That’s, that probably is the biggest advantage.